When you need fresh air and plenty of exercise, taking up a summertime sport, as a recreational hobby, is a great solution. It’s a fun way to make new friends, expand your skill set, and get in shape. Beach volleyball, flag football, tennis, and surfing are common summer sports, but if you really want to make this summer an adventure, try something a bit more unusual. Listed below are three unusual summer sports for people of varying athletic ability.

Are you or your partner a big fan of golf? If so, maybe you’ll like this new variation. While golf is said to date back to the 1400s (or maybe even earlier), disc golf was officially formalized in the 1970’s. Also known by the unique name frolf, disc golf is a combination of golf and Frisbee and according to the Professional Disc Golf Association (PDGA), the sport is played in 47 countries.

The game follows golf rules. To win a person must throw a Frisbee or disc at a target or Pole Hole, which is an elevated metal basket. The object of the game is to reach the target with the fewest throws. If you’re interested in playing a round, check the PDGA directory map to see if there is a disc golf course near you.

J. K. Rowling’s book series Harry Potter continues to inspire fans long after the last book was published, and the international sport of quidditch is proof of that. This game (invented by Rowling) is a combination of rugby, dodgeball, and tag. Quidditch teams are made up of seven individuals—a seeker, chasers, beaters, and a keeper. 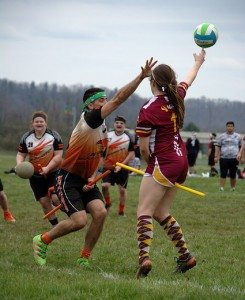 There are quidditch programs for elementary, middle, and high school kids, so see if your children would like to join a team. If you want to learn more watch a quidditch game with your family. Fantasy tournaments are held through the country during the summer. Contact a local quidditch chapter for more information.

This British activity is another game with literary origins, this time from A. A. Milne, author of the famous Winnie-the-Pooh books. This kid game doesn’t require much exercise, but it is a great park activity that the whole family can enjoy. 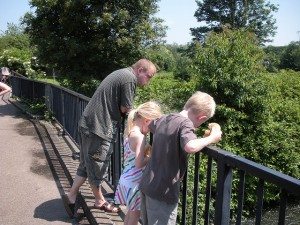 You play the game on a bridge facing upstream. The contestants throw a stick on one side, race to the other side, and see which stick appears first. The owner of that stick is then declared the winner. Though simple, people across the world take poohsticks very seriously. There was even a World Poohsticks Championship held by the last week.

Bonus. Want to learn about more obscure summer sports? Check back later for part two of this series.