Mindful Living Network recently lost a writer to cancer. Prior to her passing, she was sent to hospice care after the doctors concluded they could no longer provide effective treatment for the metastatic tumors that began as malignant cells in her cervix. During her transition from hospital to hospice care, I wrecked my brains to find something meaningful to send her. The “market” for end-of-life products appeared mass-produced — cheesy and impersonal. I thought about sending her poetry books and Bach / Beethoven music; but as her life draws to an end, do I really want the families to deal with more “stuff” to take care of?

Idealistically, I should have been there. But I was too selfish in my own grief (I didn’t want to accept that she was dying) and did not want her to waste her time with me.

So what SHOULD I do? I turned to my Asian roots and remembered a grade school project we did one year commemorating the Hiroshima tragedy. I was 9 when I proudly folded 50 cranes, or senzaburu, as part of a class project to send as many origami cranes as we can possibly fold to Japan.

Why a thousand cranes?

Cranes mate for life and are possibly the oldest, living birds on earth. They represent life, love and joy; and have been symbols of good luck because of their longevity. It is also fabled that cranes live for a thousand years.

This beautiful Japanese tradition says a wish would be granted if someone folds 1000 origami cranes. The act of devotion, remembrance, and dedication in folding these cranes imparts a piece of that person’s soul into each paper crane. Folding 1,000 cranes is not just for memorializing someone; it can be done at any milestones: marriage, the birth of a child, birthdays, holidays, etc.

I wanted to fold a thousand cranes to send to my friend; and at the end of her life.Have it set on fire so my wish for her which was peace and an end to suffering would travel with her spirit. Even if it meant nothing to her, I would be healed because I would have grieved with every crane that I folded — for her.

Before I could fold my first crane, she passed away in hospice care — a week after being transferred from the hospital. My grief could not be measured or controlled anymore. It is like a geyser that erupts without warning. Now, I read her contributions on Mindful Living Network and try to subdue my tears and sadness that way.

I realized, as I get older, that more and more people I know will pass away as well. The probability of my own death grows at a measured rate. I don’t know when that day will come, but with every person’s passing, I am closer to truly realizing how finite and precious our life on earth really is.

Cheryl Marie is gone from this life but memories of her will live on in all of us that knew her.

The Power Of Positive Thinking

You are a Wonderful Mess 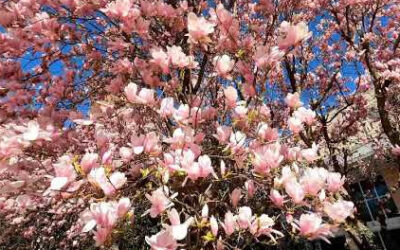