Dr. Kathleen Hall answers your questions related to diseases and disorders like anxiety, insomnia, chronic tension and other ailments.

Have a question you want to ask about stress or living mindfully? Send us an email with your question and put "Ask Dr. Kathleen" in the subject.

Karstin, The Journal of Alcoholism Treatment Quarterly and the International Journal of the Addictions report that meditation can decrease cigarette, alcohol, and drug abuse. An analysis of 198 independent treatment outcomes hound that meditation produced a significantly larger reduction in tobacco, alcohol, and illicit drug use than either standard substance abuse treatments (including counseling, pharmacological treatments, relaxation training, and Twelve Step programs) or prevention programs (such as programs to counteract peer pressure and promote personal development). Whereas, the effects of conventional programs typically decreased sharply by three months, effects of meditation on total abstinence from tobacco, alcohol, and illicit drugs ranged from 50 percent to 89 percent over a 18- to 22-month period of study.

What is major/clinical depression? ~ Janice

Janice, According to a report from the National Institute of Mental Health (NIMH), nearly 18.8 million Americans over the age of 18 suffer from major depression. Depression is a dangerous precursor to many diseases and conditions. Suicide, linked to depression, is the third leading cause of death in 10- to 24-year olds. A study by Dr. Shamash Sonawalla of Massachusetts General Hospital surveyed college students and showed that half the students surveyed qualified as having major depression. Depression and psychological diseases are increasing enormously on college campuses as well as in the general public.

How common is insomnia? ~ Kendrick

Kendrick, Many studies show almost two thirds of adults (62 percent) experienced insomnia in the last year. One third of adults say they get fewer than 6.5 hours of sleep each night. Eighty-five percent of insomniacs never seek medical treatment. Millions of insomniacs have turned to over-the-counter night time sleep aids, creating $100 million-a-year business. They have spent an additional $200 million on melatonin, a sleep-enhancing herb.

How common is chronic pain? ~ Hillary

Hillary, A survey done by USA Today/ABC News/Stanford University indicates that four in ten adults say they suffer from chronic pain. Dr. Doris K. Cope, director of the Pain Medicine Division at the University of Pittsburgh Medical Center, recently said, "Ancient people saw pain more accurately, pain not only as a physical condition but as an emotional and a spiritual condition. They would work with the entire patient." Chronic pain costs an estimated $100 billion a year in medical costs, lost working days, and workers compensation.

What is greed? ~ Evan

Evan, Greed is fear-driven emotion. Greed is when you believe that you never have enough. Individuals who are greedy live in a philosophy of scarcity. They believe that there is not enough money, food, or love. When you are greedy there can never be enough of anything. You can never live in trust because you have to live a life of vigilance. I choose to live in the philosophy of abundance.

What is guilt? ~ Elliott

Elliott, Guilt is feeling not worthy. Guilt is toxic, and I have worked with many individuals whose lives have been lost to guilt. Guilt is living your life looking in the rear-view mirror. This is no way to live. The past is over and done. Guilt is like a cancer that eats away at your mental, physical and spiritual health.

How common is heart disease? ~ Will

Will, Heart disease is the number one killer in America. Sadly, 250,000 people with heart attacks will die each year before they get to the hospital. Heart disease is the leading cause of death in women over 40 years old, especially after menopause. More women die of heart disease than all other cancers combined. Once a woman reaches the age of 50, her risk for heart disease increases dramatically. The pioneering cardiologist, Dr. Dean Ornish, was one of the first in medicine to begin researching how diet, exercise, group support, and stress management not only reduces the risk of heart disease but can actually reverse heart disease. 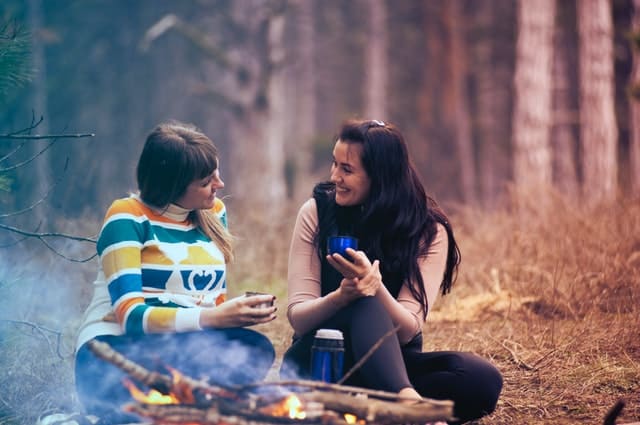 November 25
The day after Thanksgiving is commonly known as the National Day of Listening. Today, commit yourself to the great spiritual practice of listening. When you listen you fill your life…
read more