We all want to do our part to save endangered animals, but our biases for “cuddly” and “majestic” species could affect biodiversity in the world. The United Nations declared 2011-2020 to be the “United Nations Decade on Biodiversity,” in an attempt to save the numerous endangered “animals, plants, habitats and genes” that, if lost, would devastate our ecosystem. They came up with a strategic plan to safeguard our ecosystem and promote sustainability. Unfortunately, urbanization and pollution is only the beginning. Biased human preferences could ultimately decide millions of animals’ fate based on their selective animal conservation trend.

The scientific journal, Biodiversity, released a two-part report by Ernest Small called “The New Noah’s Ark: Beautiful and Useful Species Only.”  His research shows that humans are more likely to donate to endangered animals that they deem “cute.” They are also more willing to save animals that provide goods (food) and services (medical research).

Not surprisingly, the young of “cute” endangered animals look similar to human infants (large eyes and small mouths). Animals with human characteristics receive a lot of the public’s attention and money. For instance, due to conservation efforts and public aid, the World Wildlife Fund (WWF) says that the wild panda population has increased by 40 percent and the mountain gorilla population has increased by 26 percent in certain regions.

Many of us have also been concerned with saving animals that provide services for us. The rapid decline of honeybees has caused quite a stir due to the honey they produce and their vital role in pollinating the crops we eat. Salmon is another example of a priority species. The WWF reports that overfishing and poorly run fisheries are leading to the decline of wild salmon which would be missed in the diets of bears, whales, dolphins and humans.

Unfortunately, not all the animals that are endangered are deemed “cute” by the public. There are many species of snakes, insects, frogs, and such that are endangered but get over looked. So, what can we do to preserve all the species in our ecosystem, even the neglected ones? Before you contribute a donation to a conservation organization consider doing some research. See if they are supporting a wide variety of animals for all creatures deserve a chance to be saved.

Sometimes Hump Day Keeps Us Rolling on Our...

Breed-Specific Legislation in the U.S. 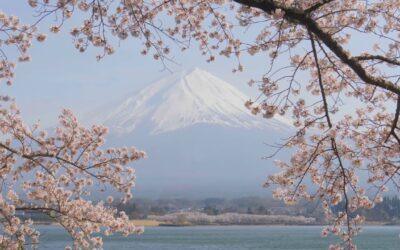