The Hidden Costs of Global Warming

Global warming is not only killing our planet, it’s also slowly reducing our global GDP and killing us. With the rising number of extreme weather conditions, increasing periods of drought, and climbing carbon emission levels,the estimates that our global population and economy could be headed into trouble.

Global warming causes significant cost to the world economy. Sustaining communities during times of droughts, in the aftermath of severe storms, wildfires, and oil spills can be expensive. So, how much does global warming cost? The economic loss due to carbon and climate change accounted for $1.2 trillion (1.6 percent of the world GDP). That number is said to double to 3.2 percent by 2030.

The adverse effects don’t stop there.

Global warming also kills lives. Climate change and “carbon-intensive” activities kill 4.9 million people every year. Global warming brings about more droughts and extreme weather conditions. This jeopardizes our supply of safe drinking water, sufficient food, and even clean air. “Carbon-intensive” activities like drilling for oil and massive use of fossil fuels can jeopardize our lives as well. It pollutes our air and thins the ozone layer.

Because of this 400,000 people die every year die from things like hunger, malaria, diarrheal infections, and environmental diseases. And “carbon-intensive” activities that lead to hazardous occupations, air pollution, and skin cancer kill 4.5 million people a year. And these numbers continue to rise. The CVM study predicts that by 2030 the number will rise to 5.9 million lives lost each year. And if this pattern continues 100 million people will have died due to global warming by 2030.

With such overwhelming facts and figures, what can we do to prevent this devastation? The report suggests preventing death and illness by ensuring that everyone in the world has access to food, clean air, and drinkable water. Making immediate efforts to stop health issues like diarrheal illnesses, malaria, and meningitis is critical. Looking to alternative forms of energy like “hydro, geothermal, solar, tidal, and wind” can reduce greenhouse gases and make for a safer planet too.

You can do your part by recycling and reducing your CO2 emissions. So, consider taking a green pledge. Or try these Mindful green tips.

You Must See Racing Extinction!

4 Ways to Recycle Your Pumpkins 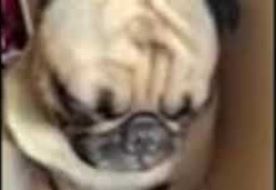