One People, One Planet, One Future
her

Check out this incredible once in a lifetime swim captured on drone footage shot by Dylan Brayshaw. It captures the moments when a woman swimming in the blue waters off Hahei beach in New Zealand discovered she was not swimming alone. You will hear her own narrative as she describes what to her was a “life-changing experience” that occurred as a result of finding herself swimming with a small pod of killer whales, also known as orcas.

Judie Johnson, who is in her 60s, was completing a regular training swim when she realized she had company. As she told New Zealand’s 1 NEWS, “There was a shape that went under me, like a huge shape and I thought [it was] dolphins. I was quite excited, and then I saw the great white color on the back.” 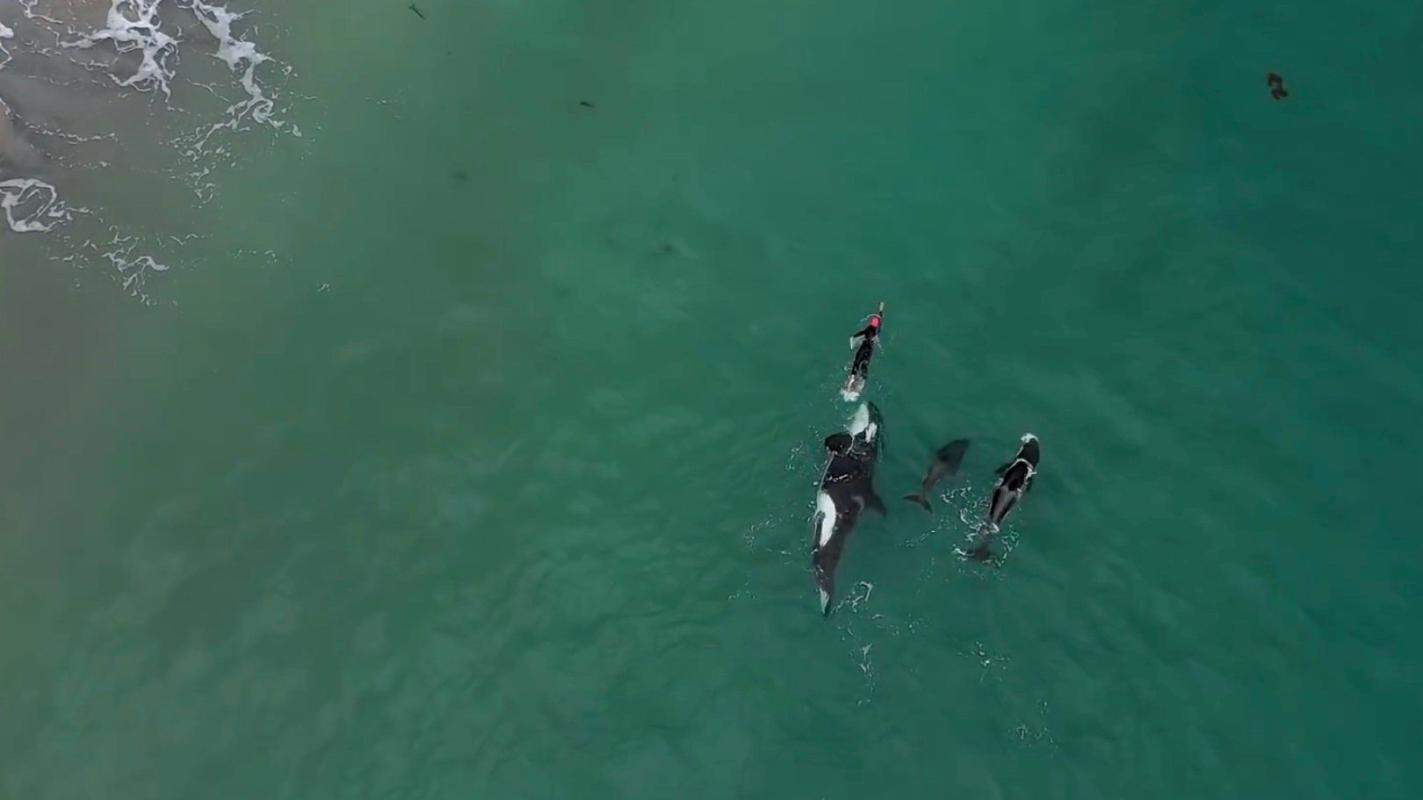 Not long after getting out of the water, Johnson surprised onlookers. She had decided to get back in to finish her swim. As a result, this gave Australian surf photographer Dylan Brayshaw a chance to film it with his drone. As you will see, he captured extraordinary footage of Judie’s once in a lifetime swim.

The pod of orcas soon joined her again. You can see the adult killer whale, juvenile, and baby, all who circle and swim under her. The adult then playfully follows her, nose to toes, swimming lazily on its side before swimming next to Judie, face to face. Johnson told 1 NEWS her fear quickly turned to joy as she looked into the eyes of the orca swimming next to her.  Referencing her once in a lifetime swim, Judie says “They were as interested and curious about me as I was about them”.

There have been no attacks or deaths of humans by orcas in the wild.  In captivity, sadly, it’s another story. In the wild, killer whales are much more likely to be curious like dolphins. They are quite observant, and  don’t test if humans are food by biting, like sharks. As a result, it is  unlikely she was in any danger from the killer whales. For example, here’s a quote from orca expert Dr Regina Eisert featured on 1 NEWS. “Killer whales are the largest of the dolphin family so they are just big dolphins with a fancy paint job and we all know dolphins are very, very smart and very playful.”

To learn more about orcas (so-called “killer” whales), we recommend you check out the the Orca Research Trust (ORT) founded in 1998 by Dr Ingrid N. Visser. Their mission is to to protect orca & their habitat, through conservation, education & scientific research.

Help create a Mindful Revolution in a world based in a world where our tenants are based in reverent respect for every facet of creation, kindness, justice, forgiveness, compassion, honesty, and acceptance.

Get The Mindful Living® App