Let’s Make it Official! We Need an Election Day Holiday!

It’s Tuesday and today millions of Americans are facing long commutes, packed work schedules, impromptu meetings, and more. This leaves little time for voting. This constitutional right is too important for Americans to put on the back burner because they’re too busy. That’s why so many Americans want to make Election Day a federal holiday.

Even though there are early voting days in some states and absentee voting measures, most Americans vote on Election Day, which is always a Tuesday. Voting in the middle of the workweek can be a great disadvantage. According to a report based on Census data, being “too busy” was one of the top reasons Americans gave for not voting in the 2014 election. Scheduling elections on a day when most workers are free could be a great solution. In fact, many other countries have bypassed this difficulty by hosting elections on Saturdays or Sundays.

So, there could be an advantage to weekend voting or at the very least, making Election Day a federal holiday. In recent years, this issue has garnered more attention. Even President Obama has said that the U.S. should look into programs that can make voting easier, including automatic voter registration, weekend voting days, and the idea of turning Election Day into a federal holiday. It may take years for issues such as these can actually pass in our stalemate government; fortunately, there is another way to get time off for Election Day.

The Take Off Election Day campaign has been spreading awareness about this issue. The campaign has generated a list that companies who are giving their employees the day off so they can vote. Their list includes over 300 organizations. While most of the companies listed are technology organizations (including Evernote, and Spotify), there are a variety of other companies listed as well, including General Motors and Western Union.

Although it’s too late for you to ask your boss for the day off this year, you could still start a conversation about future election days. Talk to your coworkers, supervisor, or HR representative and see if it’s possible for your company to offer an election day holiday in the future.

Finding Joy In Your Community 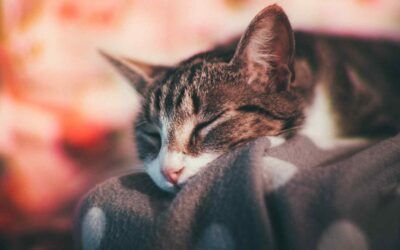 May 10
Are you one of the 30 to 50 percent of the people worldwide who have trouble sleeping at night? Better Sleep Month is the time to change that. It’s Time…
read more