Raise Your Cup to Joe

Do you love your morning cup of coffee? Do you feel guilty about indulging? Don’t! Research has found that with moderate coffee consumption, there may be some benefits of coffee, this rather delicious and addicting drink.

Coffee is a healthier drink than you might think. An eight-ounce cup of coffee, with no cream and sugar, has two calories and no fat. Coffee also has antioxidants such as chlorogenic acid, the same antioxidants that can be found in fruits and vegetable such as apples, blueberries, pears, and tomatoes. These antioxidants can greatly benefit the drinker’s health, helping them prevent weight gain and maintain blood sugar. Another advantage of coffee is its heart health benefits.

Researchers find drinking coffee does not actually increase your chances of getting heart disease. In reality, it can reduce chances of death from a heart attack thanks to the rich antioxidants. The antioxidants remove damaging free radicals from the body. A research team from the Netherlands monitored 37,514 people over 13 years and found that moderate coffee drinkers (those who consumed a little more or less than two cups of coffee a day) had a 20 percent lower risk of heart disease.

There are also other benefits of coffee consumption. In another European study with over 335,000 participants, caffeinated coffee was associated with lowered risk of postmenopausal breast cancer. Harvard Medical School also notes that regular drinking of caffeinated coffee can lower risk of type-2 diabetes and increases resting metabolism.

Of course, the key here is moderate coffee consumption. Caffeine, an addictive mild stimulant, is coffee’s main ingredient. If consumption of caffeine is not checked, it can increase a person’s heart rate and blood pressure. So be sure not to overdo it. And also go easy on the sugar and cream, which isn’t healthy for you in large amounts.

Bonus drink. Not a big fan of coffee? Try tea. According to the same Netherlands study, participants who consumed more than six cups of tea per day experienced a 36 percent reduced risk of heart disease. This is due to the flavonoids in the tea, which can also defend against cancer and viruses. The best type to try for the increased flavonoids is green tea.

How Meditation Helps Your Mind, Body and Soul

May is National Mental Health Month

Do You Have Facial and Vocal “Blindness?” 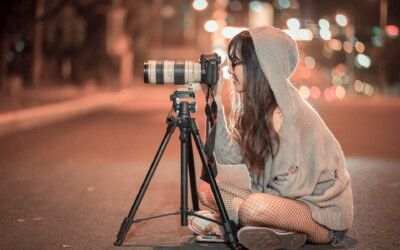 May 14
You know all those photos that have been in your phone or boxes? Well, it’s National Photography Month! Organize some photos and rediscover a time in your life that you…
read more